UPDATE 07/03/2017 – The new iOS 11 now auto scans QR codes using the built-in Camera app on both the iPhone and iPad. iOS 11 is currently in public beta and is set to be released early fall of 2017. I have had some time to test this and it is amazing. I highly suggest using it.

These QR code readers and QR code scanners work on all the major smartphones and come highly recommend. Simply download the QR code reader to your mobile device and enjoy.

NeoReader is a cross-OS  QR code reader that scans QR codes, DataMatrix, Aztec, EAN and UPC codes. It is simple to use with an elegant UI. NeoReader saves vCards and MECARDs directly to your phone contacts. Another great feature of NeoReader is the ability to view the history of perviously scanned codes.  Get it for:
[iTunes] [Google Play] [Blackberry App World] [App Marketplace]

QR Reader by TapMedia is a 100% free QR code scanner for the iPhone, Android, Windows Phone and Blackberry. It only works with QR codes, however, it is fast and effective. When you open the app, it will open in real-time scanning mode ready to auto-detect a QR code. QR codes can be shared using Facebook, Twitter, Email and other social sharing sites. With it’s integrated map view and integrated web browser, QR codes can be quickly scanned and viewed without ever leaving the app. Get it for:
[iTunes] [Google Play] [Blackberry App World] [App Marketplace]

i-nigma is a multi-code scanner capable of reading QR codes, DataMatrix and UPC/EAN codes. With their SDK, you can additional codes as well. i-nigma works well with colored and custom designed QR codes with few errors. The QR code scanner will automatically detect the code type and will open the QR code in either a browser or on a map. If the QR code is a vCard or MECARD, i-nigma will give you the option to save the data directly to your phone contacts. Share QR codes across multiple social networks or by email easily. Get it for:
[iTunes] [Google Play] [Blackberry App World] [App Marketplace] 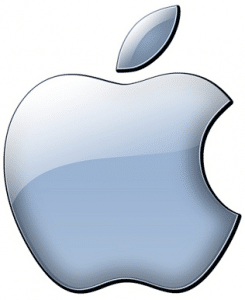 Please let us know in the comment sections below what QR code readers you have found. Also, please let me know if any of the information on the QR code readers above has changed, such as price, description or links and I will get the updated as soon as possible.