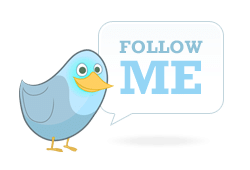 Often times we get too caught up in the level of popularity we have online. While having a Twitter account with 10,000 followers may do wonders for your ego it may not achieve great results at your quarter end sales meeting.  The principle of having a lot of followers on Twitter equaling increased sales and marketing performance is based in sound logic.  The logic is based around having a lot of followers will drive traffic to your site/blog and that through that traffic you will achieve some percentage of direct conversions and another percentage of that traffic will link to your site which in the long run will increase your performance in the search engines.  Along with that logic recently it was announced that a person’s social graph does play a small role in the ranking algorithm, however it is assumed to be very small right now.

A solid number of followers is one important piece of the pie however the more important factors in determining how much your Twitter following can assist you in improving your sales and marketing efforts are the type and quality of followers you have.  Just think of it in a real world example.  If you run a sales team for a software company do you want your sales people out networking with a group of electricians and accountants? You probably would rather have them networking with CIO’s and IT managers.  It is the same on Twitter, you want to create followers that fall into one of these categories:

Obviously anyone can follow you on Twitter but you can shape who follows you by being selective on who you decide to follow back and by promoting the right type of content.  By doing this you will develop a rich set of Twitter followers who will be much more likely to produce measurable results for your business.